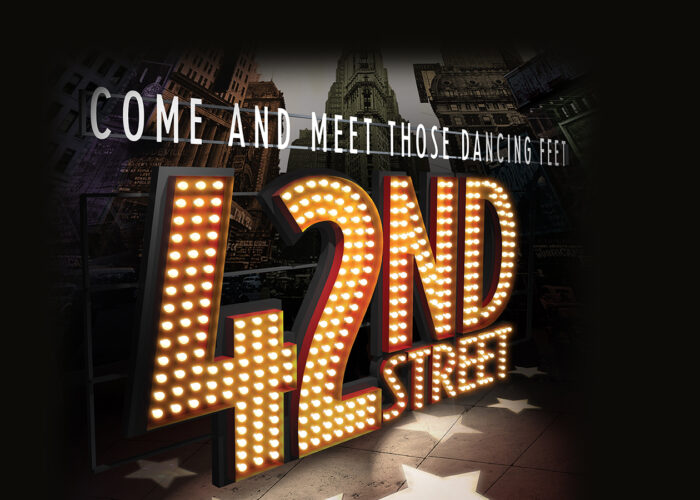 Fri, Dec 30, 2016 – 8PM
The quintessential backstage musical comedy classic returns by popular demand! 42nd Street is the song-and-dance fable of Broadway with an American Dream story and includes familiar songs such as “We’re In The Money,” “Lullaby of Broadway,” “Shuffle Off to Buffalo” and, of course, the title song.  This new production is directed by Mark Bramble and choreographed by Randy Skinner, the team who staged the 2001 Tony Award-winning Best Musical Revival.