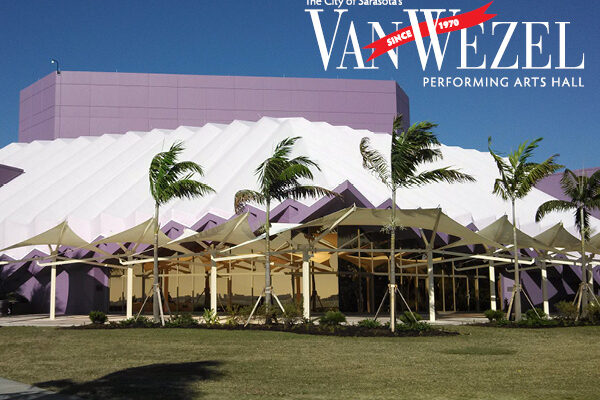 Set along Sarasota’s beautiful bayfront, the landmark Van Wezel Performing Arts Hall has been entertaining audiences with a variety of music, dance, theater and comedy for more than 42 years.

Built in 1968 with funds from a city bond referendum and a bequest from philanthropists Lewis and Eugenia Van Wezel, the Van Wezel opened its doors in 1970 with a production of Fiddler on the Roof. Since then, the Hall has welcomed a broad range of performers and shows, including world-class symphonies, both classical and modern dance companies, jazz artists, pop legends, Comedy and Broadway.