There’s no question that Sarasota has a formidable presence when it comes to the craft brewing scene. In addition to its robust art, architecture and cultural offerings, the beer scene has exploded over the past decade and continues to dominate night life and the city social scene. What’s even more impressive about the Sarasota beer scene is the fact that you can walk in most markets and gas stations and pick up a 6-pack from the local brew section. The local brewery scene here offers more than just great beer, they are a part of the community on a larger scale; and any beer aficionado should say “Cheers!” to that.

Sarasota Brewing Company is the only local brewery with its own dining menu ranging from their famous wings and assorted appetizers to entrees, burgers and sandwiches. Vince Pelosi is the Brewmaster at SBC and creates  mirco-brews both traditional American and European in flavor. The brewery offers tours of the behind the scenes process or you can enjoy your pint in the bar-like tasting room amidst a bustling crowd of music and entertainment. There are over 20 seasonals at Sarasota Brewing company and at least 5 unique beers on tap at any given time. If you’re looking for a casual pub style experience along with an exceptional drink, this is your go-to.

Calusa is a family owned and operated brewery and is named after the Calusa Native American’s who lived in the Suncoast region and had a deep and intimate respect for the surrounding natural world. With a love for craft brew and interest in serving the community, Calusa was opened by co-owners Geordie Rauch and Vic Falck who are both Sarasota natives and brothers in law.

Calusa is housed in a beautiful, open spaced warehouse. The tasting room is simply designed, with a pool table, and plenty of seating. It’s apparent that the true focus lies with quality beer production and the nightly popular food truck attendance to enhance the drinking experience. Calusa offers a casual ambiance, open space, food options and most importantly – exquisite craft beer.

Come – step under the Big Top and see how this aptly named brewery pays tribute to the history of Sarasota. Josh Wilson, Big Top Brew-master, has been creating beer for many years and started the Big Top business when there were no craft breweries in the area. The goal of the brewery since its inception has been to create a line of craft beers that are innovative and crafted with the same kind of artistry represented throughout the city in its art, architecture and performing arts history.

Big Top has a keen interest in community support and will offer promotions such as the recent ‘PB&J Pale Ale Seasonal’ to raise funds for charities like All Faiths Food Bank. The latest July 2018 program offered a pint of the seasonal ale in return for a donated jar of peanut butter and jelly to be given to the food bank. It’s clear that the brewery has a larger mission to serve Sarasota by helping raise money and awareness for deserving programs in need.

“Live the life you love” are the first words you’ll see if you look up JDub’s “about us” section. And Jeremy Joerger lives those words by example. It’s a picture-perfect story of a man leaving the mundane daily to create something special. His dream was to do what he loved; create beer. Jeremy “JDub” Joerger left his world of D.C. government in 2013 and came to Sarasota to start JDubs. He was soon joined by brew master, Tom Harris and the duo began collaborating with the initial unique beer release of the “Honey Habanero alt” soon followed by the regional favorite and first flagship, “Up Top.”

Visiting JDubs is like stepping into Jeremy’s dream – there are assorted games like giant genga, darts, and Mattel’s Rock ‘Em Sock ‘Em Robots. JDub’s has an open mic night for vocal talent, and open mic night for stand up, Wednesday evening yoga, and monthly movie night in the beer garden. There are weekly Food Truck services and a monthly food truck rally. Live music every Friday and astonishingly good beer! Bring your friends. Bring your dog – it’s sure to be a good time for all, at JDubs.

If you want activity options while you drink, Motorworks is the place to go. The Bradenton brewery houses the largest beer garden in Florida and offers a variety of games from corn-hole and bocce ball to giant beer pong (played with soccer balls and trash cans!) Motorworks owners, Frank and Denise Tschida saw this former auto dealership built in 1923 and knew it was a gem in the making. The name was inspired by its automotive history and Franks Sprint Car background.

Motorworks keeps busy collaborating with other breweries like Tampa Bay Brewing and Inoculum Ale works, while maintain a lively schedule of live music, food truck offerings, private events karaoke and poker at the homestead beer garden. Master brewers at MW are constantly putting out unique craft beers such as the recent Lavender Ale, alongside the esteemed core brews – all of which are certain to please!

We hope you enjoy our favorite picks for the Sarasota beer scene. Cheers and happy craft-brew tasting! For more Sarasota nights out, check out our blog on Sarasota’s Art and Culture opportunities here!

Denise is a member of the Altez Vacations team with a background in higher education, consulting and coaching. Her biggest passion lies in helping people find simple and effective ways to live authentically and abundantly. 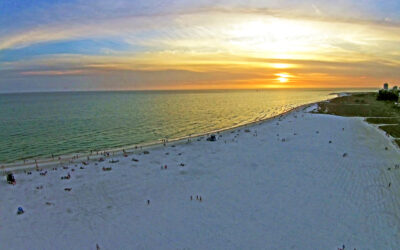 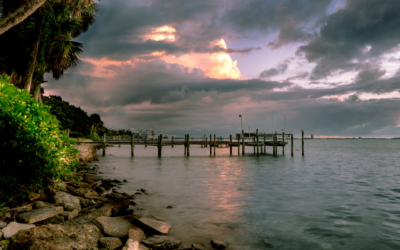